What is a Surge Protector, and What is it Actually Protecting?

How many pictures do you have stored on your computer? How would you feel if they vanished in a puff of electrical smoke? Our computers and appliances are a collection of sensitive wires and circuit boards. If those systems get overloaded, you can end up replacing lots of expensive equipment. 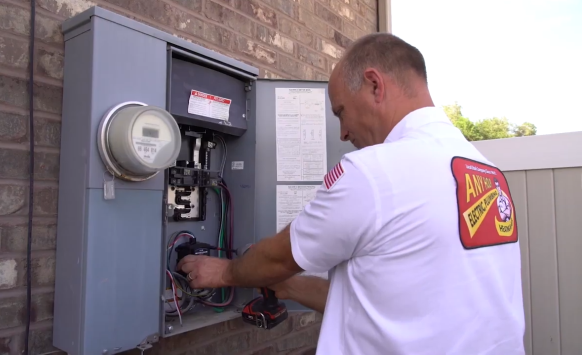 What is a Surge?

A surge occurs when there is a sudden spike in voltage in your home's electrical system. Voltage is a difference in charge that allows current to flow from one point to another. If there’s a sudden increase in voltage, that current rises as well.

Almost all appliances contain microprocessor circuit boards to control their operation. A power surge can cause serious damage to any of those appliances if they're plugged in when it happens. Even if they’re turned off! That usually means some expensive electrical repairs or replacements.

What Causes a Surge?

A lot of people think of lightning strikes when you mention big bursts of electricity. But the biggest culprits of power surges are power-hungry appliances in your home. That could be your air conditioner, refrigerator, or anything else that draws a lot of power at once. The average home can experience 20 surges a day, and almost half of them come from within the home.

Having said that, you can also get surges from the power grid. There might be a power outage which means the electric company has to turn things back on. Or there might be a lightning strike somewhere further down the city circuit. Any of these things could cause a massive change in voltage, causing a surge in your home.

How Does a Surge Protector Help?

A surge protector acts like a buffer to those large spikes in voltage. It automatically redirects the excess energy from a surge to the ground wires in your system. That might trip a breaker depending on how large the surge is, but it will protect any appliances in the circuit.

But surge protectors do have limits. Each one is rated to protect against a certain amount of energy. Once they’ve redirected that amount, they can’t do it anymore. Partially because of that, they aren’t a good defense against a direct lightning strike on your home. You’ll need a dedicated lightning protection system to protect against that.

There are a couple of general types of surge protection devices that you can use. The first type is attached to your main electrical service panel. These can protect your whole home from any surges that come through that panel.

The second type is what most people think of. They look like thick power strips with a little light that says “protected.” These ones are perfect for protecting individual appliances, like TVs and computers. You can use them together with a whole-home surge protector to add a double layer of protection.

We know air conditioners are a large source of electrical surges in your home. Because of that, we made a video showing you how to add a surge protector to yours. You can check that out here. If you want surge protection for your home and you live in Arizona, Any Hour Services would be happy to help. You can give us a call or schedule an appointment online today.

Intersted in a Career with Any Hour Services?

How can we help you?

You can also reach us by phone